I'm excited to share with you the first major update for The Lightkeeper!

When I first published the game, I said it was kind of an early-access release. Well, not anymore!

The first thing you will notice when firing up the game is the music. While the game is still mostly silent (except for ambient sounds), a few music tracks have appeared here and there. I have to thank Juhani Junkala for those great public domain tracks.

The sound mixing is also a lot better, with less distortion. I added many sound effects, ranging from footsteps to enemies' grunt, etc. It really improves the feeling of the gameplay.

The save files menu has received a complete overhaul. It's easier to see your progress. Also, you can now delete your save files. 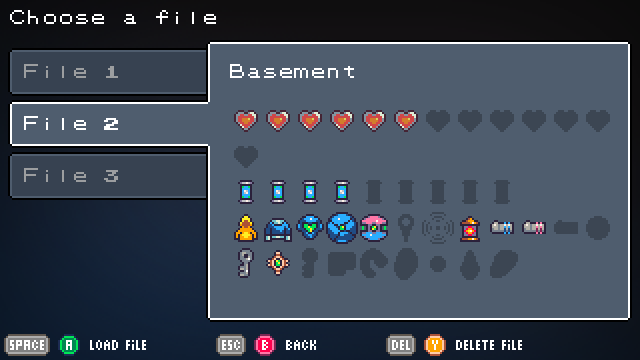 And last but not least, I added a bit of new content.

When defeated, bosses will now drop items called 'trophies'. They have no practical use, but offer a bit of lore. 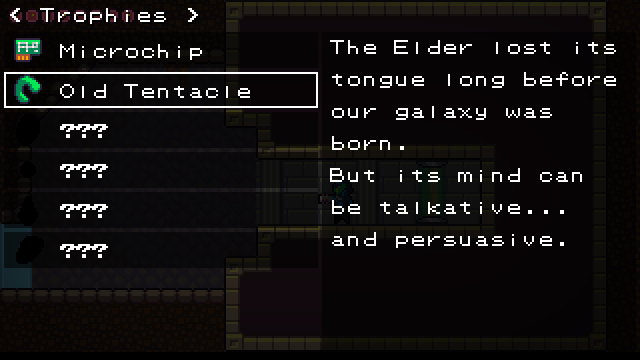 Speaking of lore, I've added more books and a brand new NPC, to help flesh out the story.

All this new information you can gather will ultimately lead you to a brand-new boss fight! 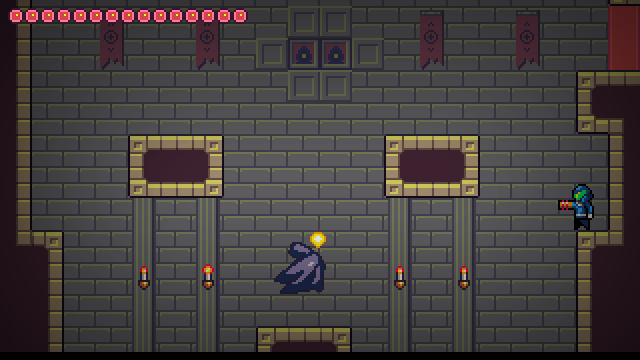 It's fully optional, but reveals another side of the story.

And more content. While the main path through the game will remain the same, I think I will add new optional zones. I have a few idea for new power-ups, and enemies. Maybe I could add an alternate ending -- and alternate final boss-fight -- for those who finish this new content? Time will tell.

Enjoy this update, and stay tuned! ;)

An action-adventure platformer inspired by Metroid and Lovecraft