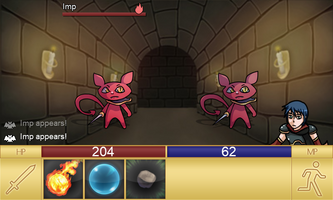 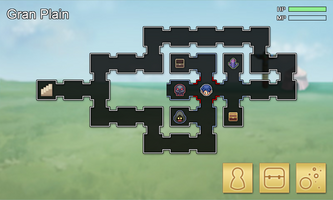 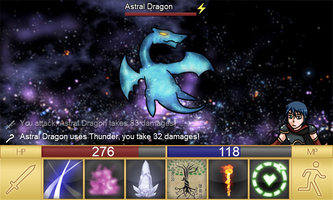 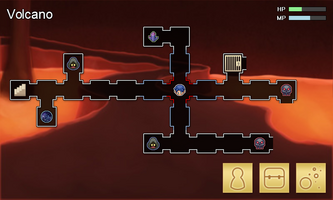 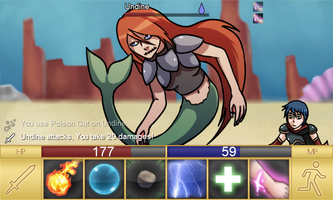 In 2011, when the Windows Phone 7 entered the smartphone market to compete against Android and the iPhone, I started developing premium games for it.

My first attempt was a Fire Emblem clone... that was reaaally unsuited for the short session and on-the-go usage of a mobile phone. Whoops! Thankfully my second attempt was a bit more savvy: a short, fast-paced dungeon crawler where you explore a labyrinth to find treasures and fight your way through to the top floor to defeat the dark lord awaiting you. It worked!

That game was Tower of Ordal.

It's been ten years since then. Windows Phone never took off and its app store is long buried now. I've always felt bad that my game was gone with it. It wasn't super deep for an RPG, but it was pretty fun, and it deserved better than being forgotten. So this year, to celebrate its anniversary, I started to port it to Windows.

But it's not an exact port, far from it! While the touchpad control scheme translated well to the mouse, the original game was entirely silent so I added actual SFX to replace the rumbling. That alone makes a world of difference to the feel of the game. Naturally, the graphics were improved. I also added quite a few quality of life features, from faster battles to warps to easily revisit past floors.

I also added new content! New items and spells, and quite a handful of new monsters! I rewrote most of the dialogs and re-balanced the entire game. It's quite the update.

So while Tower of Ordal was first developed for mobile, I feel like this remaster holds its own on PC. It's not the big JRPG game I dream of making one day, but it's something... and I'm glad it's back from the grave.

Please, check it out! I hope you will enjoy it ;)

Get Tower of Ordal

Remaster of a small, fast-paced dungeon crawler RPG originally made for mobile